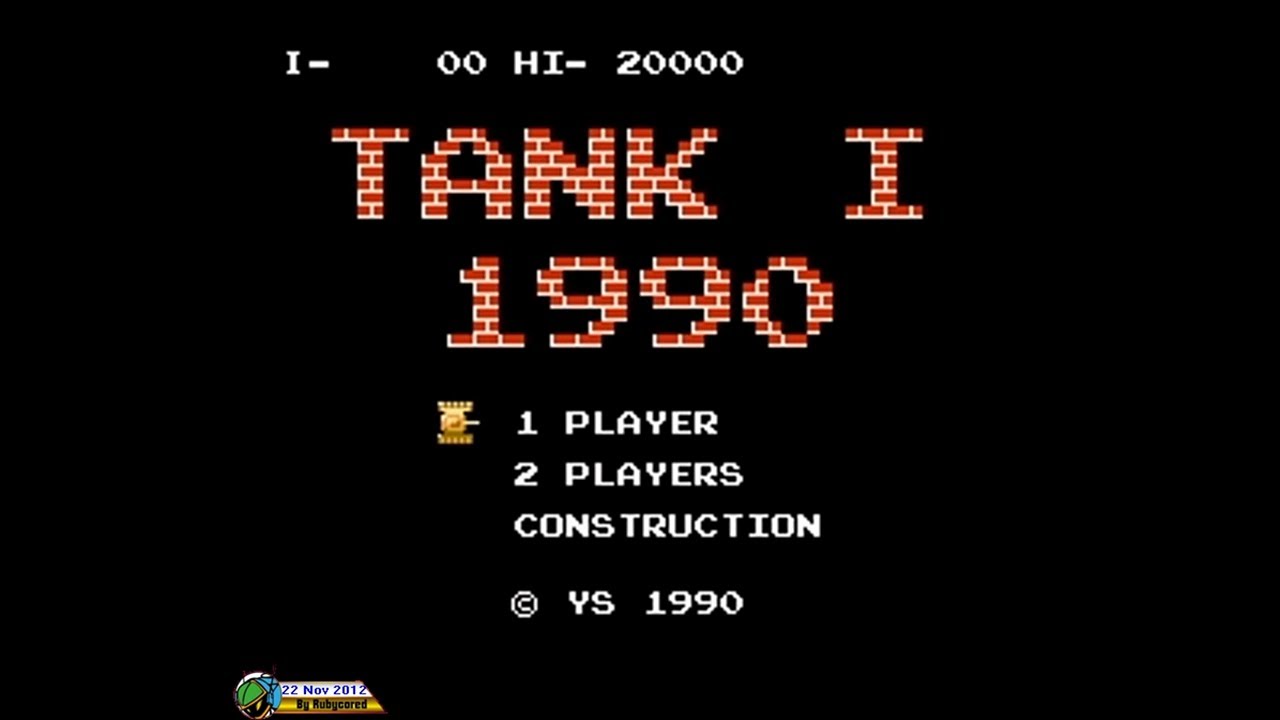 This is a so-called “Tank 1990” version of Battle City; depending on the cartridge, the game usually has up to 14 different “modes” available. Although many are repeats – or if there are differences between the modes – I have not found them out yet (Such as Tank 1990’s Mode I and L)

Some of the more obvious changes include: